Challenge #3 is creating a keyboard game: 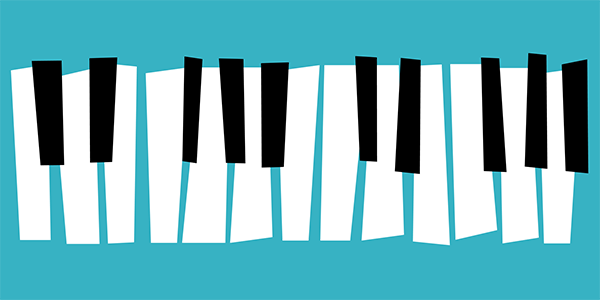 With the project files downloaded and codesandbox'd into a live CodeSandbox, I'm ready to get going!

Again, let's start with the User Requirements and speculate how I can solve these:

The files are named audio/key-{1-23}.mp3, so the initial implementation can just increment by key position.

What this tells me is that there won't be a re-use of variable references.

This wasn't much of a challenge. I was able to get this completed while an episode of Spongebob was playing...

Anyway, the only surprise was with the SVG keys being out of order: the <a> elements aren't in left-to-write order, but seemingly random in the SVG.

To solve this, I used .sort to find the mid-point of each key and order those left-to-right:

Then, I mapped those keys to the sound they would play:

(The browser automatically marks these as preload, so they should be ready to go once you click a key.)

An alternative is to use window.addEventListener('click', ...) so there's one event listener rather than N (23).

This optimization isn't necessary here, but can be a good idea when indescriminately adding events to an unknown number of elements:

Since each keyAudios is separate, the sounds automatically overlap.

But, I wanted to make sure repeatedly clicking a key would repeat the sound from the beginning. The Audio API does not have a .stop or .restart method, so setting audio.currentTime = 0 effectively accomplishes the same thing.